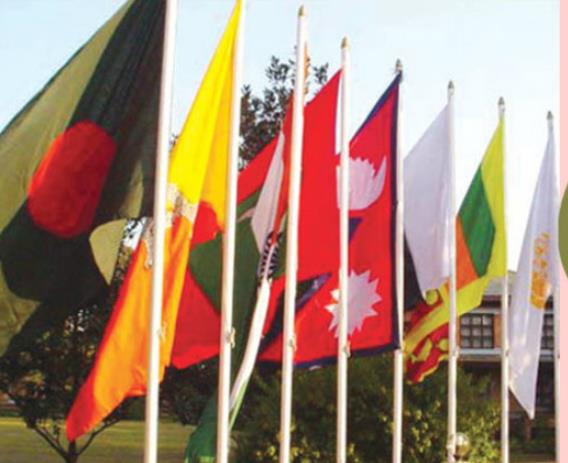 The eight countries[i] of the South Asian Association for Regional Cooperation (SAARC) account for about 4% of the world’s global economy.[ii] These countries have strived to:

“accelerate free trade in goods and services in the region putting into operation simplified and transparent rules of origin; implementation of trade facilitation measures; harmonization of standards relating to Technical Barriers to Trade (TBT) and sanitary and phyto-sanitary measures; harmonized, streamlined and simplified customs procedures; elimination of non-tariff and para-tariff barriers; and smooth and efficient transit and transport facilities.[iii]”

In other words, they strived to effectively pursue the implementation of the provisions of the Agreement on South Asian Free Trade Area (SAFTA)[iv] and the SAARC Agreement on Trade in Services (SATIS). However, it seems that “South Asian regional trade integration process to date has generated only limited enthusiasm. It suffers from significant shortcomings, primarily on account of a very cautious approach adopted to achieve the ultimate objective of ‘free trade’ within the region” (Weerakoon 2010, 917).

“Notwithstanding their endeavours and the improvements of the 1990s and early 2000s, South Asian economies still have the lowest trade to GDP share of any regional group in the global economy” (Das 2007, 60). Economic analysis by Bandara and Yu (2003, 1320) even showed that “it might be a more practical strategy for policy makers in the region to participate in broader multilateral trade liberalisation efforts, and at the same time to try to remove other constraints such as political conflicts within the region.”

According to Islam et al. (2016, 120), “although there is an average increase in productivity changes in all South Asian countries during the past three decades, the productivity performance in South Asia has been far from satisfactory. Moreover, the findings on different sub-samples indicate that most of the countries in South Asia have suffered from slowing productivity growth over the recent decade, which even continues to decline after the implementation of the regional free trade agreement in 2006.”

There are various reasons for uninspiring results, even in post-SAFTA terms.[v] Das (2007, 65) explains that “South Asia’s exports are unusually concentrated on labour-intensive manufactures” and that “extent of trade complementarity” is mixed. Weerakon (2010, 926) identifies the issue in the lack of “an inbuilt binding mechanism” in the SAFTA treaty, which would pressure the members towards addressing that, most of the intra-regional imports[vi] are still excluded from being subject to tariff liberalization.[vii]

Further, “the larger South Asian economies still have a great deal of governance-related problems” and they “also continue to suffer from macroeconomic, financial and other governance-related constraints” (Das 2007, 61). Furthermore, according to Rizwanulhassan & Shafiqurrehman (2015, 88), “bilateral trade is negatively affected with exchange rate volatility.” India’s trade attentions[viii] as well as its relations with Pakistan also seem to be significant in this respect.

The weaker economies of the region have had a nervous apprehension[ix] that their sovereignty might be under threat if large firms from the relatively developed countries of the region dominate their economic activities (Islam et al. 2016, 119). However, extended cooperation and deepened integration should create an atmosphere of increased regional bonding at the same time (ibid.).

Das (2007, 66) agrees that “to achieve the SAFTA objectives of enhancement of intra-regional trade and investment, economic cooperation, and sub-regional integration, it is indispensable for the member countries to put behind them the legacy of mistrust and tensions.” Similarly, Wignaraja et al. (2015, 63) show that “deepening South Asian regional cooperation together with building links to Southeast Asia would pay off rich dividends.”

Regional economic integration is also expected to promote foreign direct investments (FDI) through reduction in trade cost, market enlargement and improving policy credibility (Athukorala 2014, 2). Total annual flows of FDI into the South Asian region has increased substantially following the market-oriented policy reforms initiated three decades ago, but they still account for a small share (around 3 per cent) of total global flows (Athukorala 2014, 31). Surprisingly though, “it was the cross  border liberalization of trade and investment regimes (both unilaterally and as part of the WTO commitments), which has set the stage for the emergence of vertical FDI in the region” (Athukorala 2014, 33).

However, Das (2007, 62) also points out that “one plausible reason for the recent good economic performance could be institutional developments that have helped make the payoff from the partial reforms superior to what might normally be expected.” Wignaraja et al. (2015, 79) warn at this point that “dramatic increases in efficiency always derive from structural change. Moreover, it can change the distribution of income in ways that could exacerbate existing problems, such as the trend toward rising income inequality in many Asian economies since the global financial crisis.”

“for the enhancement of intra-regional trade, it is recommended that policy makers of these countries need to focus on (a) improvement in trade facilitation procedures, (b) minimizing trade barriers and lowering sensitive list, (c) establishing financial institutions mutually for the improvement of capital resources, (d) increasing diversification and specialization in production of goods and services, (e) removal of non-tariff barriers and most important is to put aside political differences so that they could enhance intraregional trade and achieve the objective of improving welfare of their people.”

“they should first endeavour to increase intra-regional trade in goods and services by methodically reducing their tariff and non-tariff barriers. Second, they need to encourage cross-border investment. To this end, the creation of a supportive policy structure and attractive investment environment are indispensable. Third, and equally important, is the development of supply chains. Furthermore, cooperation in the area of harmonisation of product standards, customs procedures, and other regulations would go a long way towards achieving the objectives of expansion of regional trade, investment, and supply chain development.”

To put simply, “Asian economic integration will only work bottom-up[x] if policies and institutions improve in its individual members, particularly the leading ones” (Sally 2010, 15).

[i] That is, Afghanistan, Bangladesh, Bhutan, India, Maldives, Nepal, Pakistan and Sri Lanka.

[ii] A distinctive feature of these South Asian countries is that, although they are reasonably well integrated with the world economy in terms of their total trade – gross domestic product (GDP) ratios, which varied from 34 for Pakistan to 73 for the Maldives in 2010 –intra-regional trade is surprisingly low (Islam et al. 2016, 108).

[v] According to Athukorala (2014, 1), “the conventional wisdom based on the standard trade theory holds that there is little room for fostering intra-regional trade in the region through collective action given the similarities among these countries in terms of resource endowments.”

[vi] For example, Kar (2017, 181) demonstrates the potential benefits that can be created by SAFTA when protective multifibre agreement quotas are withdrawn as creation of a regional value chain can shield the smaller countries in the context of enhanced global competition.

[vii] According to Islam et al. (2016, 120), “there is consensus among economists that unilateral non-discriminatory trade liberalization usually results in productivity or efficiency gain.”

[viii] There has been even “heightened policy interest in pan-Asian economic integration involving South and East Asian economies” (Wignaraja 2014, 175). He concludes (2014, 193) that “if India goes on it alone in a foreign trade agreement with East Asia, the rest of South Asia will experience losses and India’s gains will be smaller.”

[ix] For instance, “food security is a highly sensitive issue in SAARC countries and is considered politically too risky to be left to a regional forum” (Rahman et al. 2012, 394).

[x] Behera (in Rahman et al. 2012, 39) explains that “the glaring gap between SAARC’s declarations and progress on the ground drives home the point that civil society must try creating independent mechanisms for monitoring the implementation of such ideas.”

Dr. Janja Avgustin is an academic research consultant at Nepal Matters for America.